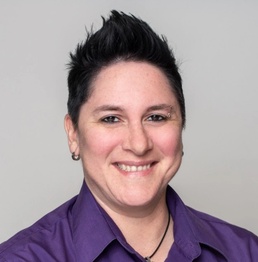 Reiki History and What is Reiki

Reiki is an energy healing modality that originated over 2,500 years ago. Its origins are unknown, but it is believed that the Indian god, Shiva in his/her female form, brought Reiki to the planet in the very beginning of time when humans were first created. This gift of Reiki was placed inside the genetic coding of the human body as a birthright for all people.

Reiki was to be universal and never meant to be lost, as it’s a part of the human race. It is believed to have been taught to all as youth as a part of the education system. Several theories exist as to how the knowledge made its way through various ancient civilizations into present culture. One theory is that the ancient civilization called Mu, brought it forth into India and Tibet, when they relocated there. But, most of what they knew and taught were lost to massive extinction events on Earth, as history shows. There were only a select few who retained the knowledge of Reiki to pass along.

As history flowed along and Buddhism came into being, a Japanese gentleman named Mikao Usui discovered there were written teachings in Sanskrit describing this healing modality, but not how to activate it nor make it work. Mikao had been studying Jesus ability to heal with his hands, and the path led to Buddhist teachings, hence his discovery in the ancient Sanskrit. He decided to begin a 3-week long period of meditation, prayer and fasting on Mt. Koriyama in Japan. On the morning of the last day during the darkness pre-dawn hours, he was granted Reiki enlightenment. A beam of light came hurtling towards him. The light hit him at the top of the bridge of his nose, right between his eyes and went into his pineal gland (3rd eye) and knocked him unconscious. When he began coming to, he saw “millions and millions of rainbow bubbles”. Finally, the Reiki symbols began to appear, as if he were watching a screen. As each symbol came into his view and awareness, he also received the information about them and how to activate each one. This was the first Reiki attunement! The actual date is unknown but was thought to be in the late 1800’s.

Mikao Usui began a pilgrimage of sharing and teaching Reiki throughout Japan and met a retired naval officer named Chujiro Hayashi and trained him in the art of Reiki. He attuned him to Master level in 1925 and named him his successor to share and teach Reiki and keep spreading this gentle healing to all. If made its way across Japan and eventually made its way to Hawaii. A lady named Hawayo Takata in Hawaii was healed from various serious health problems including nervous exhaustion, appendicitis, a tumor and gallstones by Reiki within only 4-months. She of course was thrilled and began her own training in Reiki, becoming a Master/Teacher in 1938 and Hayashi’s successor to continue teaching and sharing Reiki with all. She brought Reiki to the western world in the United States, Canada and Europe over the course of her 80-year life span. Teaching hundreds of practitioners over this time all over the world. The rest as you say, is history.

Reiki is a Japanese word which means "Universal Lifeforce Energy". "Rei" = Universal "ki" for Lifeforce (energy). By using gentle touch, the energy in your body is balanced, and this is what helps create your healing. It can never harm and is 100% safe for anyone to receive. Reiki heals and restores harmony in your mind, body and soul (spirit).

You don’t have to believe in anything, nor is this a religious system. Reiki is for everyone, regardless of your beliefs. The only prerequisite is your desire to be healed. This will benefit your physical, mental, spiritual and emotional well-being.

Dawn Provost Reiki Master/Spiritual Teacher is based out of Stevens Point/Plover/Amherst WI.

Your support and contributions will enable us to meet our goals and improve conditions. Your generous donation will fund our mission of healing.